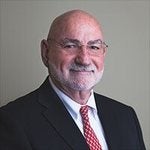 Mr. Murray's prowess as an attorney and reputation in the community is unparalleled. Throughout his thirty-three year career as an attorney, he has represented thousands of clients as a criminal defense attorney, with cases ranging from misdemeanors to death penalty cases.

Mr. Murray's civil litigation skills are equally impressive. In 2004, at Mr. Murray's direction, the practice brought in over $10,000,000.00 in Jury verdicts. Mr. Murray has the distinction of trying the case which yielded the largest single verdict received in Bryan County to date, one of the top ten highest verdicts in the state.

Thank you for contacting us. We will get back to you shortly.

Please complete all required fields below.